The Pros & Cons of Guard Dogs

While a dog certainly can be your local companion and security guard, they aren't perfect and can compromise home security if you're not attentive to the same details that burglars consider when targeting a home. To be aware of both the benefits and drawbacks of having a security dog, we've compiled eight reasons for and against having one.

The Advantages of Guard Dogs

1. Secure Your Home When You're Away 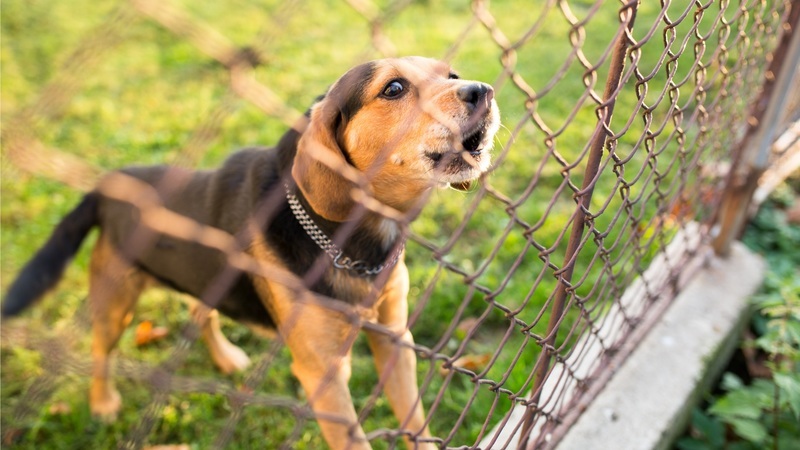 The mere presence of a dog is a burglary deterrent in and of itself, considering that burglars' primary objective is to steal as much as they can in the shortest amount of time possible. Trespassers would rather work in the dark, in quiet and with no interruptions or feelings of paranoia. Dogs do not give them that satisfaction and will draw attention to them if they keep barking long enough. And they will for as long as the intruder remains on the property.

2. Protect You When You Are Home

Dogs are like an alarm system when a stranger is in the neighborhood, they keep barking and wake up the neighbors, including other neighborhood dogs. That is no environment for a burglar to be in unless the neighborhood is poorly lit and provides a lot of hiding spots for them to lurk in.

3. Protect Your Home Even When They're Away

The dog doesn't even need to be around for it to act as a deterrent. The dog house, food bowl, "beware of dog" sign, a worn out leash, and used muzzle scattered in the front yard will send a message to a would-be burglar that you mean business. Not all those items need to be of actual use and your dog doesn't have to wear a muzzle, but they act as decoys to mischievous home invaders that your house is not going to be an easy score.

Where an installed security system will sound the alarm only when the trespasser has crossed the threshold of a camera's line of sight or door sensor's line of detection, a dog will bark once it senses a stranger over a wider radius thanks to its acute sense of hearing. They are responsive and sensitive to higher pitched sounds such as glass breaking or tires screeching more so than humans.

When worse comes to worst, a dog won't hesitate to put itself in harm's way and in the way of an intruder standing between you and your physical wellbeing. As a result of their evolutionary development, dogs' genetic makeup accommodates social hierarchy and loyalty to the pack, and since a homeowner is its primary provider of food and shelter, it will defend them until the very end.

Having a professional monitoring service watching your back is no trivial form of security at all, and in fact is reliable at catching criminals in the act, but once an alarm is triggered, every minute with an intruder in the house counts, and no matter how fast their response time is, the window between then and now can see a lot of scary happenings. Having a dog protect your home ensures that you'll have a much bigger chance at fending off a home invader should they stick around after they trigger an alarm, and your loyal companion will stall them for the amount of time it takes for rescue to arrive. 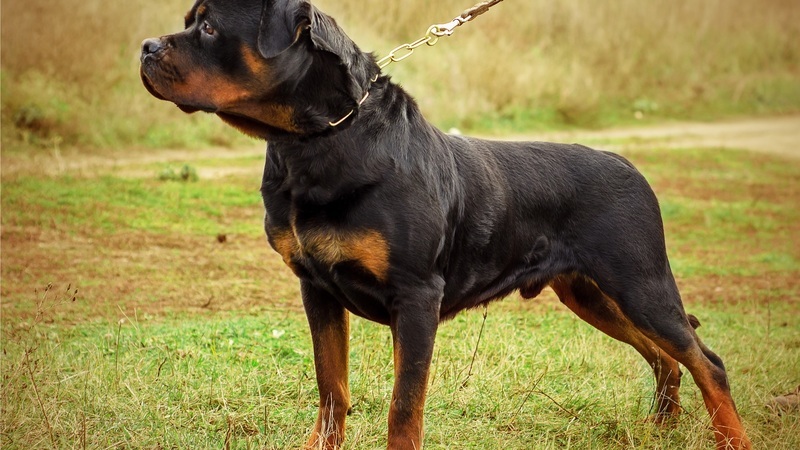 The FBI estimates that 57.9 percent of all burglaries in 2015 involved forcible entries. This means that the chances of confronting a violent burglar should you experience a break-in is more than half. Having an offensive approach is the best defense when the situation is such that there is no escaping violence. When you have no other choice but to attack the attacker, a dog's claws and teeth can be a nightmare to a home invader, especially if they don't have a good aim with a firearm. Rottweilers, for instance, have the most magnitude of force in their bites, and they're known to have two to three times stronger bites than humans.

This 'armed' protector becomes even more necessary when the homeowner or the person who's most frequently at home is a senior, blind, or handicapped in some way. There is no measuring the worth of a dog for a less able loved one - they keep them company, can help retrieve hard-to-reach objects, and protect them at all times.

The Disadvantages of Guard Dogs

1. Can Harm Your Guests

If your dog is a particularly strong breed, you're gambling with your visitors' well-being every time they're approaching your front door. Dogs with a strong bite can do a lot of damage and send someone to an emergency room. If your dog were to attack an innocent stranger outside your property, you could be facing a serious court order. Put that leash to good use!

2. The Intruder Can Harm Your Dog

A dog's loyalty to their master can be both a gift and a curse. Dogs will fight tooth and nail to protect a home from intruders even if it meant their lives. This can cause complications especially if the burglar is willing to be violent once they realize that the dog is the only thing that stands in the way of what they want.

3. The Burglar Could Steal It

Genetically speaking, a dog doesn't develop loyalty towards their master because they see them as a friend, it's rather because the master is their primary provider of food and shelter. Therefore, a burglar planning to attack a home can trick the animal with food, earn its loyalty, and cancel out that layer of protection altogether.

4. It Dog Could Backdown

If it's not a security dog trained to protect and attack when necessary, it's going to be a burglary deterrent up to a certain extent. If a burglar happens to go the extra mile and neglect the fact that there's a dog on the property, it will be as though you have no form of protection and your dog will be rendered useless.

5. It Isn't Always in the House

If your dog is the only form of protection you have and it is gone for a walk, away on vacation, or lost, your home will be vulnerable to an attack until it returns. Dog decoys can be placed around the property to throw a would-be burglar off, but that won't necessarily guarantee your home remains untouched.

Dogs don't just bark bloody murder when they sense an intruder in the home, they bark when one is in the neighborhood, and provide a protective bubble for the whole area. However, they can't alert the authorities and they won't send for help when a homeowner needs it the most. The ideal form of security is to have a home security system working with the dog by signaling for help when a trespasser triggers the alarm while the dog stalls them until law enforcement arrives.

While having such a loyal companion scan the area for potential dangers is a good security measure, a dog doesn't offer an eye in the sky for you to anticipate an attack. Dogs don't always judge correctly and you're not always around to correct them - that's why having a security system with surveillance cameras is essential. Whether you're away on vacation or at work, you can remotely access your live video stream and see what your dog can't see. It works by sending a message to your phone and email of suspicious activity that it picked up and enables you to see what it sees using the provider's app.

8. Security Dogs Are the Least Likely to Be Insured

Insurance companies tend to avoid covering dogs that are capable of attacking humans, largely due to the potential lawsuits that they could face if an insured dog bites an innocent bystander. The result is the dogs that are most likely to be used for protection are the least likely to be insured.